It is almost 40 years since Dr Mervyn Druian embarked on his glittering dentistry career, and since then, he has been at the forefront of innovation within the industry.

With countless awards, accolades and charity work to his name, he is now regarded as one of the UK’s leading authorities on cosmetic dentistry and is greatly revered within the field.

Mervyn was always fascinated by preventive dentistry, something that was considered cutting edge at the time – especially within the NHS who focused on reactive procedures – and so he decided to pursue his passion and made the move to private dentistry in the early 80s.

Having been a dental course ‘junky’, travelling all over the world to learn about new trends and advances, in 1983, Mervyn became the first dentist in the UK to introduce porcelain veneers, when he set up The London Centre for Cosmetic Dentistry with fellow dentist and great friend, Dr Ken Spektor.

Having garnered inspiration from his mentor, the ground-breaking dentist Dr Omer Reed, in the 1990s Mervyn came across a product called Ultradex, which not only helps whiten teeth but also combats bad breath. It was then that he started treating patients for bad breath, the first dentist in London to do so at the time.

Always ahead of the curve, the London Centre of Cosmetic Dentistry also introduced in-surgery tooth whitening (a new US trend witnessed by Mervyn).

Aside from excelling within his profession, Mervyn has contributed to numerous dental journals and events throughout the years. He is also on the editorial board for Private Dentistry, Aesthetic Dentistry and Dentistry, as well as a judging panel member for many awards shows, including the upcoming Dentistry 17: Stars of Dentistry symposium in London this June.

In the last few years, Mervyn has been awarded by both his peers and organisations worldwide.

These include: Outstanding Contribution to Aesthetic Dentistry at the Aesthetic Dentistry Awards in 2013; a fellowship of the American Society of Dental Aesthetics in in 2014 and has been made a Fellow on the American Society of Dental Aesthetics (ASDA) – an award that recognises those who have committed to demonstrating the highest care standards and advancements in the field of aesthetics.

To top it all off, Mervyn has recently been named International President of the Alpha Omega Dental Society.

This is an educational and philanthropic organisation that was set up in 1907 to combat antisemitism and racism and is used now as a vehicle through which its members (of which there are 6,000 worldwide) can give something back to those less fortunate – free dental work, for example, to elderly Holocaust survivors. 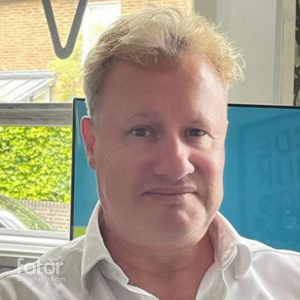